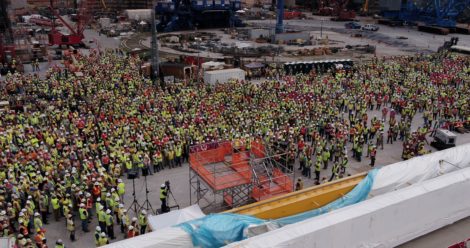 WASHINGTON, DC – Energy experts are in agreement that a US energy grid based on 100 percent renewables is not necessarily the best way to achieve a zero-carbon future. On the contrary, there’s a strong economic and environmentalist case for approaching such a goal with trepidation.

Limiting a zero-carbon future to wind, water, and solar, for example, means greater costs of storing this energy, as well as the fact that wind and solar energy availability can vary up to a factor of five or six.

Nuclear power should continue to play a role in achieving the goal of a zero-carbon grid. American nuclear generators are safer than ever and have an extremely high capacity factor, meaning they produce almost all of their potential energy, making it an extremely reliable source of zero-carbon energy.

The world still sees the benefits of nuclear, with 100 new units planned or being built around the globe. The state of Georgia is at the forefront for new nuclear power in the U.S.  Georgia Power, the Georgia Public Service Commission and other Plant Vogtle owners have taken a leadership role to ensure a clean and reliable source of power for the future.

Georgia Power’s recommendation to continue new nuclear construction at Plant Vogtle is a critical moment in support of national energy security. North America’s Building Trades Unions (NABTU) supports that effort, because finishing the job at Plant Vogtle means thousands of skilled workers stay on the job, keeping a crucial skill set honed for American industry and a key energy source in place for our country.

North America’s Building Trades Unions is an alliance of 14 national and international unions in the building and construction industry that collectively represent over 3 million skilled craft professionals in the United States and Canada. Each year, our unions and our signatory contractor partners invest over $1 billion in private sector money to fund and operate over 1,900 apprenticeship training and education facilities across North America that produce the safest, most highly trained and productive skilled craft workers found anywhere in the world.