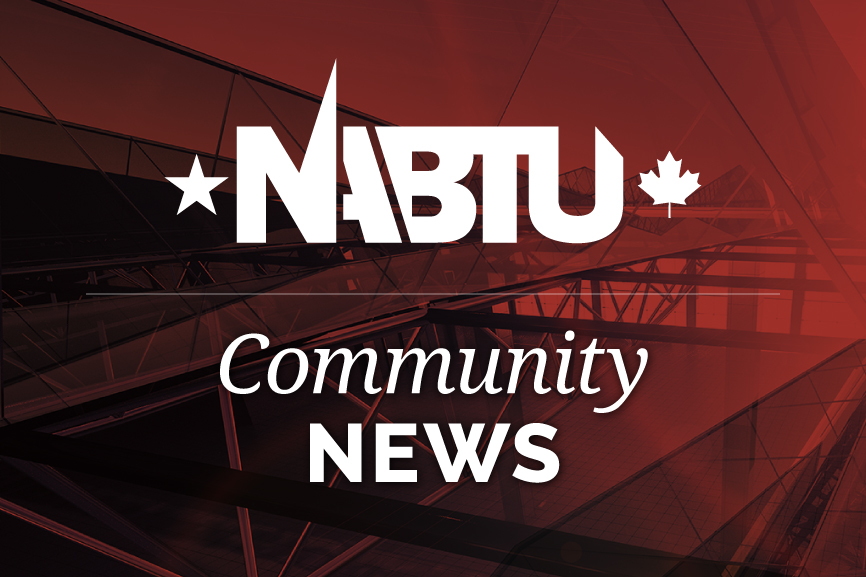 CANADIAN BOILERMAKERS PROVED they are as generous as they are skilled. When members of Local 128 (Toronto) were performing scheduled maintenance on the Ontario Power Generation generating station biomass boiler they, along with their employer, Venshore Mechanical Ltd., raised over $1000 for the local hospital.

During the maintenance outage, OPG’s staff hosted a charity luncheon at the generation station in support of the Atikokan General Hospital and invited the Venshore Mechanical crew to participate. Boilermaker superintendent, L-128’s Lindsay Gannon, asked Venshore if the Boilermaker crew “could offer up any additional support for the cause.”

Each person attending donated money. And in addition to the crew’s donation of $320, Venshore donated $750, which brought the total to $1070 for the Atikokan Hospital.

Darrel Bray, L-555 (Winnipeg, Manitoba), business agent for the Thunder Bay Union Hall and Training Centre, often sees his brothers and sisters help out other people—whether that’s through mentoring or donating to those in need.

“Boilermakers see that their role in serving the public goes beyond building, maintaining and repairing local infrastructure.”